The Journey for Justice Alliance was launched in 2012, in response to the growing problem of school privatization (starving of neighborhood schools, school closings, charter and contract school expansion, turnarounds) impacting cities across the United States. Initially starting with Chicago, Detroit, Newark, New York, Baltimore, Philadelphia, Boston, Washington DC, Oakland, Euphora MS and Minneapolis J4J started with monthly conference calls to build connections. From there, in 2013 we organized a 5000-person march from the U.S. Department of Labor to the U.S. Department of Education to advocate for summer jobs and ending the harmful practice of school closings. After this action, the group adopted the name Journey for Justice Alliance and in 2014, first made national news with a 1000-person rally and “Community Hearing” at the U.S. Department of Education where we released our first report “Death by a Thousand Cuts” and made our first national demand for the option of School Improvement Grant resources to be used for sustainable community schools.

Now J4J has member organizations in over 30 cities across the country. The work continues…

J4J has an Education Platform rooted in racial justice and education equity.

1. A Moratorium on School Privatizatiom

4. Equity Mandates for Public Education at the Local & State Level;

5. Stop the Attack on Black Teachers;

7. Eliminate the Over-Reliance on Standardized Tests in Public Schools.

Only by organizing locally and coming together nationally will we build the power necessary/vital to change local, state, and federal policy and win back our public schools. We are a national intergenerational alliance elevating the struggle and solutions for our public schools.

The Journey for Justice Alliance envisions an America where every child, regardless of their race or economic status has access to a world-class school public school within safe walking distance of their homes. We will work for an education system that confronts historic racism and in our time, makes racial equity a reality in America’s public education system.

The Journey for Justice Alliance is a national network of black and brown led, grassroots community-based organizations committed to utilizing grassroots organizing to win community-driven school improvement, in order to achieve equity in public education.

Journey for Justice (J4J) is an alliance of grassroots community, youth, and parent-led organizations in over 30 cities and growing across the country organizing to win Community-Driven alternatives to the privatization of and dismantling of public school systems. We are an Organization led by Black and Brown parents, students and families centered in racial, social, and education justice. One of our key goals is to support and grow Black and Brown Organizers and organizations.

We are organizing in our neighborhoods, cities, states and across the country for an equitable and just education system. We envision a public educational system that respects the potential of all children and the rights of parents, youth, and communities to participate in all aspects of planning and decision-making. We believe in a world-class education for all children regardless of their race, social class, gender, nationality, sexual orientation, language, ability and immigration status.

A Moratorium on School Privatization

The evidence is clear and aligns with the lived experience of parents, students and community residents in America’s cities:

We know what works. America ranks 19th in the world in education, but 2nd when poverty is not a factor.

Zero tolerance is an education policy rooted in racism and the criminalization of Black and Brown youth.

Equity Mandates for Public Education at the Local & State Level

We call for a National Equity Assessment for public schools in the United States. Inequity goes far beyond the funding of public schools.

Stop the Attack on Black Teachers

J4J is deeply concerned that across the United States, the number of Black teachers is in sharp decline.

We have a crisis in school governance. The overwhelming majority of state takeovers, mayoral control and appointed school boards exists in cities that serve primarily Black and Brown families.

Eliminate the Over-Reliance on Standardized Tests in Public Schools

J4J wants an end to punitive, high stakes standardized tests. Require districts to use tests for assessment only, with multiple assessment tools utilized to evaluate student growth and needs.

Jitu Brown, National Director of the Journey for Justice Alliance (J4J) is a long-time community organizer born on Chicago’s south side. He is a product of Chicago’s public school system and is a proud parent and husband. Jitu started volunteering for the Kenwood Oakland Community Organization (KOCO), the oldest black-led organizing community-based organization in Chicago in 1991. He eventually joined the staff as Education Organizer in 2006 and organized in the Kenwood Oakland neighborhood for over 20 years bringing parents, students, teachers and community members together to collectively participate in the education system by developing various educational initiatives and battle back against efforts to systematically disinvest in, close and privatize schools in Chicago.

In his role as National Director for J4J, he leads an alliance of grassroots community, youth, and parent-led organizations in over 30 cities across the country demanding community-driven alternatives to the privatization of and dismantling of public schools systems. He has brought great energy and focus to the connection between the attacks on public education and the disempowerment of African American communities all across the country.

He was one of 12 parents, grandparents and community members who put their bodies on the line in a 34-day long hunger strike to save Walter H. Dyett High School in Chicago, the last open enrollment High School in the historic Bronzeville community. As a result of their gallant efforts, Dyett High School is the first closed school in the country that has re-opened as an open-enrollment, neighborhood school. His dynamic organizing in our neighborhoods, cities, and nationally for an equitable and just education system is based on a belief in the potential of all children and the rights of parents, youth, and communities to participate in all aspects of planning and decision-making. 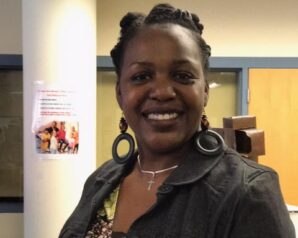 Ronsha A. Dickerson, National Organizer for Journey for Justice Alliance, a National Alliance of grassroots community, youth and parent-led organizations in over 30 cities across the country who understands that education is a human right and organizes for community driven alternatives to stop the privatization movement and devaluing of public education.

Dickerson is the co-founder of UCC’s Camden Parents Union, a community group of Camden, NJ parents, caregivers, alumnus, business and community leaders that advocate for equitable education, equal funding and resources and the retention and recruitment of black and brown teachers in Camden, NJ public schools. She is also the lead organizing parent of Camden Students Union, a community group of Camden public school students and alumni that that are working diligently to Save Public Education in Camden, NJ.

Ronsha has dedicated her life to serving the community through developing cultural centered art, education and youth programs. Her goal for any urban city is to empower its residents and strengthen its community.

Ronsha has been married to her high school sweetheart Jamal P. Dickerson for 20 years and through their union is blessed to be the mother of six magical children. 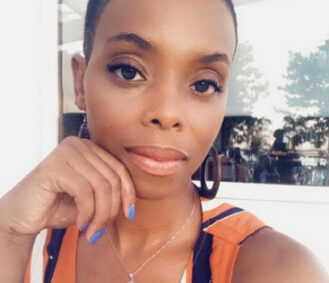 Byheijja R. Sabree, wife and mother of 6 incredible children, is the former Operation manager of Unity Community Center of South Jersey Inc UCC, a three-decade old, nonprofit, grassroot organization in Camden that focuses on developmental programs and performing art program as a positive alternative for black and brown youth. For a number of years served as Martial Arts Instructor for Universal Pasha Karate School and Principal Dancer for Universal African Dance and Drum Ensemble. Byheijja joined UCC in 1995 and served as the executive secretary for 5 years and quickly progressed to the Operation Manager from 2000-2012. Byheijja is also a certified grant writer and cultural arts ambassador.

She has currently collaborated with Les Twins to launch #WECHOOSETHEARTS, a campaign to bring arts education workshops to students in disadvantaged cities across the country and abroad.

Byheijja is owner and Lead Graphic Designer for An Eye on Design LLC, an independent, family based custom graphic design and printing company based in Camden, NJ.

Sharon Smith, Leadership Development Coordinator for the Journey for Justice Alliance brings more than twenty years of experience as a trained community organizer and partnerships manager. Specialties include new program development, training, cultivating community partnerships, outreach, and community engagement. Development and strategic planning in the youth, social services, and education sectors. She has the ability to work with leadership in communities across the United States to implement strategic plans to advance organizational mission and vision.

In her role as the Leadership Development Coordinator, she organizes and facilitates training for member organizations and allies on sustainable community schools, parent and student leadership development.

Sharon is a mother of five children, who attended public and charter schools in the City of Newark, NJ. As a parent leader, in her local school and schools across the district children Sharon fought for equity in all children schools and later became the cofounder of Parents Unified for Local School Education,( PULSE), created to mobilize parents in the strategic planning about school improvement. Through her work with PULSE, Sharon created PULSENJ a New Jersey Network (WeChoose Campaign) convene leaders across the state to discuss strategy and organize around statewide demands.“Lasting change in our communities began with the voice of the community and stakeholders. Creating a healthy and driven community with a sense of community pride and a voice that speaks for the concern of all individuals.”

The Alliance for Quality Education is a coalition mobilizing communities across the state to keep New York true to its promise of ensuring a high quality public education to all students regardless of zip code. Combining its legislative and policy expertise with grassroots organizing, AQE advances proven-to-work strategies that lead to student success and ultimately create a powerful public demand for a high quality education. 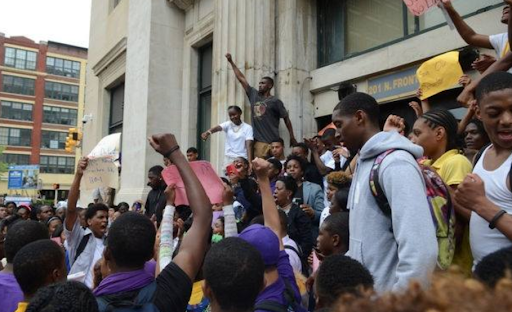 Unapologetically Demanding Excellence for OUR Children. Focused on how to implement the solutions for all parents and residents in Camden, New Jersey's schools and community.

The Detroit LIFE Coalition (DLC) has had a great year of building key relationships and growing our education organizing efforts. This year has been filled with eye opening experiences due to our national visits to other school districts and our local organizing work. 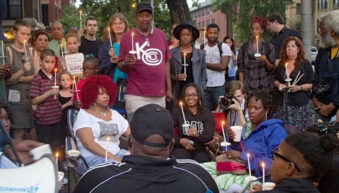 Through the sustained engagement of low-income and working families, KOCO develops multi-generational leaders who impact decision-making processes and public policy, improving the quality of life in our communities. 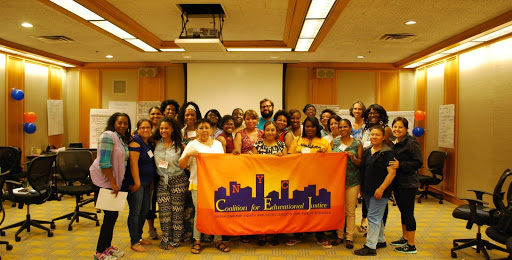 Led by parents, the NYC Coalition for Educational Justice is organizing a movement to end the inequities in the city’s public school system. We are a collaborative of community-based organizations and unions whose members include culturally diverse parents, community members, students and educators. 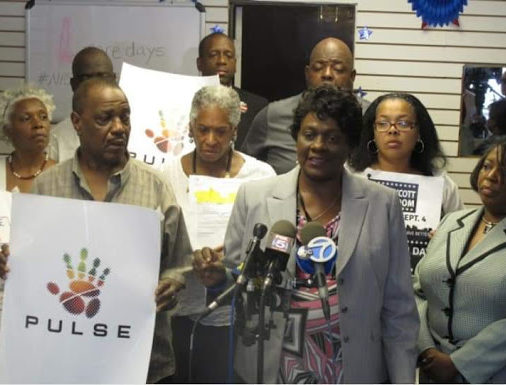 PULSE NJ is a statewide grassroots organization that is at the forefront of fighting for Education equality for public schools in New Jersey. PULSE’s work is to inform, inspire and ignite! We INFORM families about education issues, their rights and options in engaging school system. We INSPIRE parents and families to use their voice to lead from the front and shape the future of public education. We IGNITE by achieving real victories for families and communities

The Paterson Education Fund (PEF) is a not-for-profit organization whose mission is to stimulate community action for change so that the Paterson Public Schools ensure that all Paterson children achieve high standards. 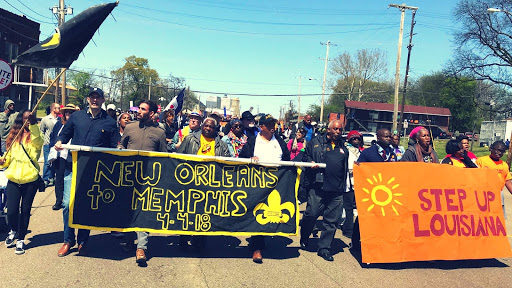 Our multiracial and multigenerational membership engages in campaigns that directly affect our lives. Organizing for economic and education justice in the South is fundamentally a fight against structural racism.